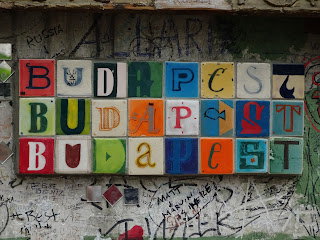 Armed with a bumbag full of plasters and my one foreign language (which unfortunately isn't Hungarian), we trundled off to Budapest last weekend. We’ve always wanted to go and our upcoming anniversary (12 years – I’m not sure which one of us deserves a medal more!) seemed the perfect excuse.

So, nothing at all about Bulgaria this time. Just a few pictures (alright, loads of pictures) of our time in lovely old Budapest.


The socialist section: Memento Park
Rather than destroy all their old socialist monuments, the canny Hungarians shoved them all in a park for eager tourists to visit. So we did. 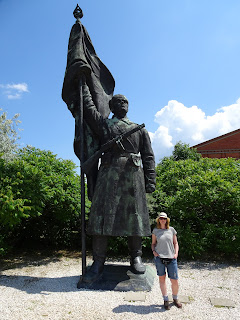 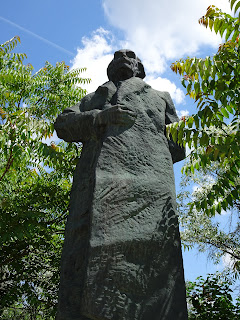 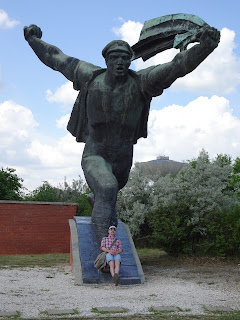 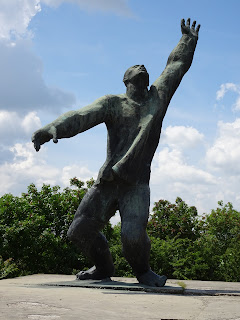 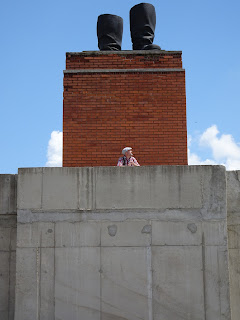 The weird and wonderful
First up: the Children's Railway. Except for adult drivers, this railway line is run entirely by children. Look at the tiny conductors go! 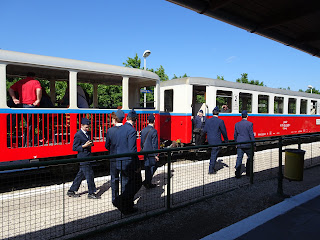 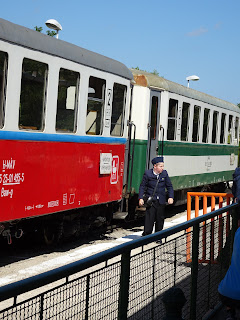 We couldn’t resist the Buda Castle Labyrinth, a series of tunnels under Buda Castle where Dracula was imprisoned. It was wonderfully kitsch. For some reason, they’ve filled the tunnels and caves with mannequins dressed in opera costumes, and opera music blares at you as you walk around. Inspired! 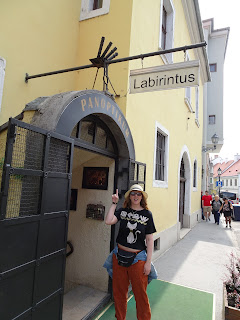 One bar claimed to play all these different music genres. I know I’m old but surely half of these are made up? 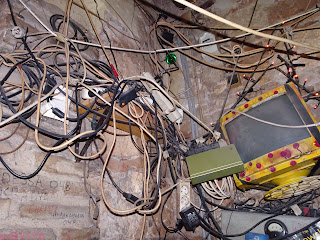 This one's for a friend: 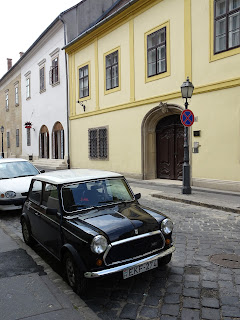 And, finally, here I am with Columbo. Obviously. 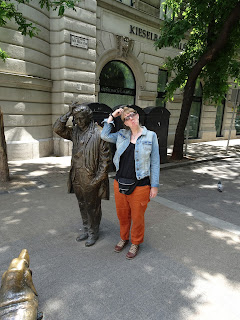 Posted by Auntie Bulgaria at 05:53