Too many mad people 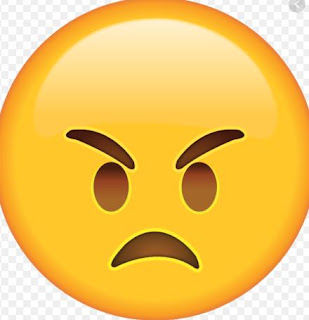 Well, now, that wasn’t too bad, was it? January, I mean. Not too snowy. Not too cold. We managed to go swimming at the Pravets hotel a few times (our winter treat). Did lots of yoga (om). Ate lots of veggies (if only to offset the entire pack of butter we ate the other day in a homemade quiche lorraine and Nigel Slater's chocolate beetroot cake). January was kind to us.

I get suspicious, though, when the winter isn’t too harsh. Our first winter here was the Great Snowmageddon of 2012, which was so cold (-23C) and snowy (we’re talking thigh-high) that you just had to laugh. There was no other way to cope. But at least that winter was followed by a long, hot, beautiful summer. So when we have a relatively mild winter, I always wonder if it means we’ll have a tepid, wet summer. I want proper seasons dammit – winters so cold you get ice on the inside of the windows, and summers so hot you forget what it’s like to wear socks. The kind of summer where you don’t have to open the curtains and look outside before you get dressed – you just know it’s going to be another gorgeous day.

There’s another downside to the not-so-harsh winter. One of the things I love about winter is how quiet it is in the village. The Sofian second-homers go back to, well, Sofia. Visiting grandchildren go back to their parents. And then it’s just us and the old folks for a few months. But when the winter is mild and the roads are clear, the village seems so busy and noisy. On Sunday a bloody scrambler bike kept roaring up and down the village all day. I mean, it’s February, can you please fuck off until summer?

You know what I mean by mad people? Every Bulgarian village has one. (And if your village doesn’t, it’s because we’ve got your share.) In the village where we have our Bulgarian lessons, Rob once saw the local mad guy going around with his penis poking out of his trousers, peeing as he walked along. In another village, a lady grinned at us and squeezed her nipples in nervous delight as we said, ‘Dobar den’.

In our village, the mad guy is a compulsive walker-yeller. He goes up and down the village all day, just walking and yelling, walking and yelling. He yells at strangers. He yells at people he knows. He yells at cars. Sometimes he just yells at nothing. I’ve seen him do it, standing in the road yelling at no one, jabbing his umbrella into the air for emphasis. Occasionally, when the yelling gets a bit much, he gets taken off to hospital for a few months.

Then there’s Mad C, who likes to come and rummage through the communal bin opposite our house, muttering to himself as he does. Last weekend, Mad C and another weird guy who’s recently appeared in the village got into a shouty argument over some cardboard that was in the bin.

So much yelling. Too many mad people.

Let’s just say I’m hoping that February brings us some cold temperatures, plenty of snow … and some peace and quiet.
Posted by Auntie Bulgaria at 03:33